Essay Busters is a non-profit educational organization that gives underprivileged high school students the essential writing tools to tackle the college admissions process. Essay Busters uses the college personal statement to teach economically disadvantaged college-bound students how to communicate “Who I am” through the written and spoken word. And no less important, EB saves overworked, underpaid guidance counselors hours of work, giving them the time to effectively guide their students to the right college.

Upon completion of the EB program, all students will have mastered the most difficult part of the college admissions process—the personal statement. Additionally, EB will assist with supplemental essays, and the students will participate in an interview skills workshop. Throughout this experience, the students are encouraged by mentor role models, empowered, and exposed to a supportive and caring environment that will solidify lifelong personal and even professional relationships.

ALL UNDERSERVED STUDENTS ARE NOT CREATED EQUAL

The top and bottom students of a class typically receive help from many sources, which target these at-risk students as either “promising” or “in desperate need of help.” This leaves at-risk students in the middle without the proper guidance that they deserve. Essay Busters serves those “mid-range” students: average college-bound students, unqualified for programs that place them at the top or bottom of their academic peer group, who do not have the money to hire test-prep services or private educational consultants. Half of the students in each program must have federal Title I status—which refers to those students who are eligible for free lunch due to their family’s economic status. Almost all of the students who participate will be “First Gen”—the first in their family to go to college. Since 2008, Essay Busters has worked with underserved students at many different schools and/or after-school programs in New York City and Westchester County, including:

According to National Center for Education Statistics, Over 8 million students applied to college last year.

According to the Princeton Review, 10 million financial aid applications were filed in 2013. That’s about a million (or 11%) more than the year before. More applications mean more competition
for aid. The 500+ students who participated in Essay Busters in 2013 received approximately $3 million in financial aid.

Better applications means more students getting into college and Essay Busters makes sure that happens. Students who participate in Essay Busters are more likely to receive financial aid. 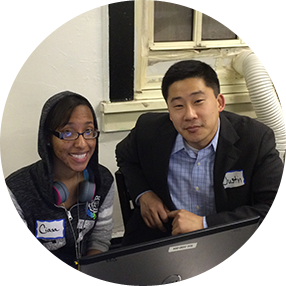 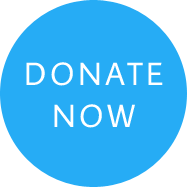 Essay Busters currently operates at a handful of schools. Expanding our reach should be easy, given the need, but there’s a problem: outreach, growing the program, and recruiting mentors for each school takes time and, of course, money. We are in need of your help so that we can afford to continue our programs next year at our current schools, as well as expand to others.

Our program is free for the students, and we would like to keep it that way. It costs approximately $125 per student, or $7,500 per school.

Our 2014 fundraising goal is $50,000. This will cover our current operations & our expansion efforts.

To find out what your gift will do for us, or if you have any questions about our operations and funding needs, please contact us.

Our volunteer mentors work closely with our college-bound seniors for approximately 10 sessions. During this time, mentors partner with 2 to 3 students. They help them write college essays, finalize college applications, and create long-lasting bonds with their students. Mentors are an integral part of the college admissions process that teaches what accountability and commitment really mean. Mentors might start in order to build a resume, but always return a second or third time—they get as much as they have given. Every mentor is required to attend a training session at the Essay Busters office before the program begins.

Why Become An EB Mentor? 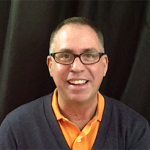 Founder Evan Forster has a BS in Speech from Northwestern University and MFAs in Screenwriting and Film Production from UCLA. What distinguishes him as an educational consultant is his professional background in storytelling, including as a journalist for such publications as New York, Details, Cosmopolitan, and Seventeen, where he was the College Editor for four years. His accomplishments in storytelling, particularly in the short form, inspired him to launch Forster-Thomas Inc. with co-founder and Yahoo! Internet Life magazine editor David Thomas. Forster is also co-author with Thomas of The MBA Reality Check (Prentice Hall/Penguin Press, 2010), co-host of the radio show “Job Talk with Auntie Evan and Uncle David,” and a 2012 recipient of the Irvin Katz Memorial Award for Mentoring Children. For 18 years, Forster has worked with three different nonprofits, most recently, for 12 years, as the College Adviser at the New York City–based nonprofit Chess-in-the-Schools. There, he launched the Friday Night Mentor Program. In 2008, he launched Essay Busters at the Williamsburg Charter High School. To date he has brought this program to more than 11 schools and organizations throughout NYC and Westchester, including YPIE, RAPP, and Renaissance Charter High School for Innovation. You can contact Evan at evan@essaybusters.org. 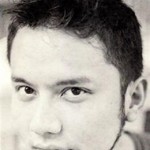 Roberto likes to summarize his life in one-word: adventure. Originally from Lima, Peru, his family moved to Florida when he was eight to pursue the mythical American Dream. At twenty-one he graduated from Rollins College with an honors degree in theatre, and promptly moved to New York City. He has performed several times in the city, and is currently pursuing several writing and directing opportunities. As the new Program Coordinator at Essay Busters, Roberto gets to use the five years of experience he’s amassed having been a Mentor and Mentor Lead since Essay Busters’ inception. His favorite part of Essay Busters? Seeing the mentors really bond with their mentees, transforming both the students’ and mentors’ lives. 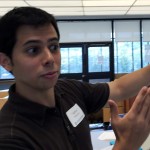 John grew up in Honolulu, earned his BA in Philadelphia and Tokyo (the first in his family to attend college), and in 2008 moved to New York City for work. John joined Essay Busters in 2011 and hasn’t looked back ever since — it’s his favorite part of the week. John is currently responsible for helping organize Essay Busters: Yonkers, where 20-30 mentors work with about 60 students. John’s other interests include cooking, reading, soccer, and sometimes beer pong.

EVAN ADDS: In addition to his conscientious board work over the years, DeCosta has recently led several kick-ass fundraisers, friend-raisers, and mentor social events. But his recruiting success — dragging 25 young professionals out of bed to get the 9 am train from Grand Central to Yonkers every summer Saturday—is the greatest testament to his ability. 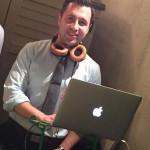 Casey graduated from Kettering University in 2009, and currently works at NYU Langone Medical Center in the Lean Management Office as a Lean Six Sigma Black Belt, where he guides groups and makes process improvements throughout the hospital.

Casey loves having the opportunity to support under-served youth in Yonkers and provide resources that would not otherwise be available to them. Every year he is amazed by the obstacles the students have overcome, and he is proud to assist them in writing their story.  He particularly enjoys the backyard barbecues, mostly because he gets to DJ.

EVAN ADDS: Casey seemed to appear out of thin air as we were running down to the wire on one of our friend-raisers. He asked the right question; namely, “How can I help?” Casey is an organizational and logistical Energizer Bunny — he never stops.  He even comes with music — no Essay Busters party is complete without DJ Schaaf spinning!

Since 2002, Forster-Thomas, Inc, a NYC-based educational consulting firm, has been dedicated to helping at-risk youth gain access to first-rate colleges and universities. In 2008, Evan Forster, founder of Forster-Thomas, was asked to speak for 45 minutes about writing compelling college admissions essays to 40 low-income, underserved high school seniors at a Brooklyn, NY charter school. As he closed what had turned into a two-hour, interactive discussion about topic choices, “telling the truth,” and “digging down deep”—now the hallmarks of Essay Busters—the students, some high achievers, but mostly mid-range achievers, began to ask, “So, when’re you coming back?” and so did the overworked guidance counselors.

These underserved students wanted and needed more help. But what was clear that day was that it was not merely the top performers who were asking for “more.” The stunning part of that afternoon was that the middle-performing, academically average students were the ones asking for more help—but unlike their high-performing classmates, they had nowhere to go. They simply weren’t academically strong enough to get help from The Posse Foundation or wonderful organizations like it, nor were there dedicated guidance counselors to give them the necessary focus in and on the college application process.

Two months later, Forster-Thomas enlisted the support of that school’s overworked and overwhelmed guidance counselors and 30 young professionals who returned to lend a hand and became part of the first Essay Busters program. In 2012, our extraordinary mentors began the process of transforming Essay Busters into a non-profit entity.

With your help, we literally are The Little Engine That Can.

OUR STUDENTS HAVE BEEN ACCEPTED TO:

“I don’t have a mom and I can’t afford SAT prep. I didn’t even know what going to college meant until Essay Busters.”

“If I didn’t have all of the help I had growing up in Montclair, NJ, I don’t where I’d be now. I certainly would never have gone to The George Washington University, so I can’t even imagine what it would be like to be my mentee.”

“This is an org that makes it easier for guidance counselors to be guidance counselors—for me to do my job—and has already changed the lives of the students at Renaissance Charter High School. Essay Busters has led directly to 40% of the first graduating class getting into college. We couldn’t have done this alone.”

The EB program is in part sponsored by Forster-Thomas Inc., our NYC-based educational and career consulting
firm, and is dedicated to helping at-risk youth gain access to first-rate colleges and universities.